This afternoon we did a good circular walk, down to Kings Fleet and the river wall, along towards the ferry, across the golf course on the Tomlin wall and back to Terry's.  Three and a half miles as measured on Google Earth!


It was a lovely afternoon, considering the time of year, very mild and pleasantly sunny.  Not much in the bird line though.  There were several parties of cormorants heading across towards Loompit Lake, and a flock or two of golden plover and lapwing on the salt marsh.  The tide was rising and pushing the redshank around, not that they need much excuse to make a fuss.

I had been hoping for a harrier, or maybe even a short-eared owl but not today.
Posted by Marilyn Abdulla at 10:56 No comments:

You'd think that having nearly 2 weeks off over Christmas would allow at least a few days birding in Norfolk - but it seems that today was going to be the only one free.  As it was we didn't leave the house until after lunch.  We thought we would go to have a look at the sperm whale which was washed up at Old Hunstanton on Christmas Eve, as reported in the EDP: http://www.edp24.co.uk/news/whale_washed_up_dead_at_old_hunstanton_beach_in_norfolk_1_1162763 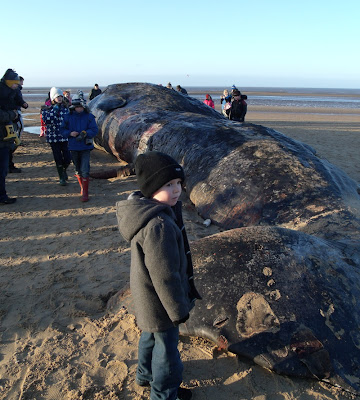 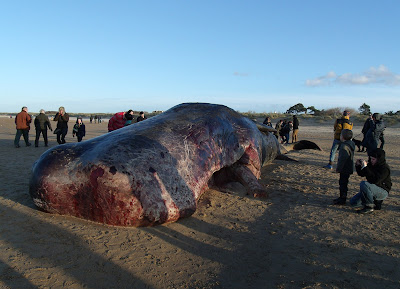 There were a lot of people there, braving a sharp westerly wind.  I felt it was interesting how the majority were respectful in their behaviour, and it was a great opportunity for the children to realise that wildlife is really out there, not just something to watch on TV.

By the time we left it was late afternoon and we wanted to see the geese flying to roost at Snettisham.  We had a brisk walk along the beach, seeing a big flock of snow buntings, I would estimate at least 50 birds.  All the usual species out on the mud, and a few goldeneye on the pits.  I was rather taken by a chalet for sale, but don't know if it would be very practical.  I want somewhere I could live in if necessary, not just a holiday home. 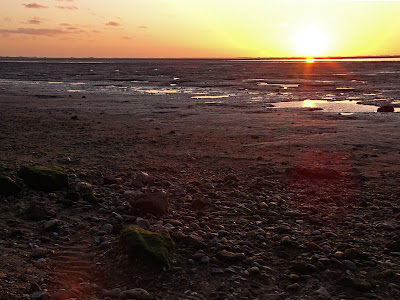 After the sun disappeared we waited for the geese to show.  They were quite late, I think because it had been a bright afternoon, and eventually it was nearly 5pm before the main flocks came over.  It was a bit disappointing though because the majority flew south of the reserve, seeming to head towards the marshes at  Gedney rather than out to the banks.  I suppose they knew as well as we did that the tide was coming in.  Still we did have good views of some birds flying low over the sea from the Hunstanton direction.

Posted by Marilyn Abdulla at 05:17 No comments:

We took a short stroll at Felixstowe Ferry before getting back for a late lunch.  It had been a high tide, water well over the marsh, surrounding the wreck of the Enigma and floating the hippo!


We walked as far as the corner of the bank where we could overlook the fields beyond the old Home Hill farmhouse.  A flock of lapwings and golden plover flew behind the hill.  A few redshanks and turnstones were just about the only other birds we saw - it was very quiet.  I expect they were keeping out of the wind.

Posted by Marilyn Abdulla at 09:47 No comments: